How Did the Hobby of Ephemera Begin

How did the hobby of collecting vintage printed paper actually begin? Would you believe me if I told you that valuable pieces of ephemera were once just discarded?

The first printed trade cards and antique posters were once thrown out, sold for a quarter of what they were worth, and often considered of little value. Memorabilia from loved ones who passed on was often discarded without a second thought.

Thankfully, the pioneer collectors of ephemera soon saw the greater picture. These items were not worth the tiny amount they were being sold for but held a much greater value. In the early 20th century, the hobby of ephemera collecting began and has since influenced many to take on the challenge of collecting printed paper. 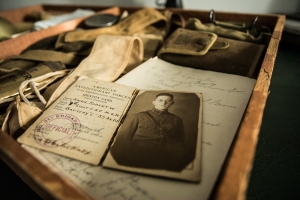 Notable pioneers of the hobby include Bella Landauer, Harry Peters, and Harry Dichter, to name a few. These three contributed exponentially to the beginnings of ephemera collecting.

Bella Landauer began collecting in the 1920s. She started out with bookplates, which are also known as book labels. These are usually printed inside books to denote ownership. Soon enough, she expanded her collection to include trade cards, wine bottle labels, sheet music, and other forms of advertising print.

Landauer saw the value in these items when others did not. After just a couple of years collecting, she donated over 100,000 trade cards to the New York Historical Society. She continued to collect until her death convincing many of the value of old prints in sharing what life was like at the time of printing. (Wikipedia contributors. 2018, September 2. Bella Clara Landauer. In Wikipedia, The Free Encyclopedia. Retrieved February 12, 2019, from https://en.wikipedia.org/w/index.php?title=Bella_Clara_Landauer&oldid=857684831)

Harry Peters similarly acquired vast amounts of printed 19th-century lithographs. His collecting started before World War 1. The type of prints he collected “were not in fashion, and Peters’ advocacy of their content and charm 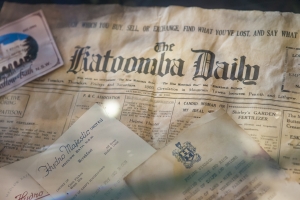 helped interest a new generation of collectors.” His years of collecting resulted in guides written by himself, to help others understand collecting lithographs. His collected prints live on. They are showcased in the Smithsonian where they were donated in 1960. (Smithsonian Museum. About the Peters Collection. In America on Stone, The Harry T. Peters Collection. Retrieved February 12, 2019, from https://amhistory.si.edu/petersprints/about/index.cfm)

Harry Dichter also spent a lifetime collecting various forms of ephemera. Much of his collection consisted of old sheet music. His piece, Handbook of Early American Sheet Music, gives helpful descriptions of the first pieces of sheet music. He ended up publishing over 158 works in his lifetime. (Worldcat Identities. Dichter, Harry 1899-1977. Retrieved February 13, 2019, from http://worldcat.org/identities/lccn-n97874425/)

Because of the early pioneers of ephemera collecting, many items have since been prized for decades. However, not until 1980, were items like posters, menus, and theater programs, among others, more formally collected. Thanks to the Ephemera Society of America, collectors of printed items that were otherwise deemed as undesirable to some, were recognized. This society has helped many understand the ins and outs of ephemera collecting.

With the passing of time, ephemera collecting will continue to change and grow. This is one of the reasons it’s such an exciting hobby. To read more about why you should collect ephemera, read 6 Reasons Why You Should Start Collecting Ephemera.

Each year, thousands of paper shows and auctions occur. Thousands of items sell over the internet and make additions to collections. The extent of ephemera collecting is truly amazing. To think, everything was once just thrown out and regarded as nothing more than a simple piece of paper.

Thanks to the pioneers of ephemera collecting, and a number of ephemera societies, this hobby has expanded and will continue to grow for years to come.

Today, this hobby has opened the door to a number of unique crafts, collections, and other hobbies. For example, the hobby of junk journaling has been a key result of ephemera collecting. To find out more about junk journaling, read Ephemera Junk Journals- A Guide to Make Your First Journal. 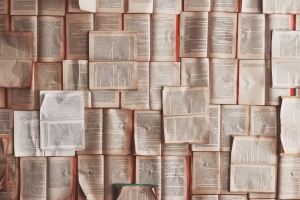 prints. Postcard collecting, stamp collecting, and even trade card collecting are a few of these groups. Other collectors have chosen to collect a wide range of ephemera. One of the many reasons so many flock to this hobby is the fact that you can collect however you want!

Unique crafting has also unfolded because of this hobby. In fact, to get a glimpse into the creations that are produced, check out Top 10 Creative Ways to Display Your Ephemera. There’s a whole other realm dedicated to crafts out of stamp collecting. Read 8 Unique Crafts Using Postage Stamps to find out more!

To say ephemera collecting has affected millions would be an understatement!

Comment below how you got into the hobby of ephemera. I’d love to know what drew you into this fascinating hobby!

About the Author: Rebecca Pedro

We are passionate about our ephemera. We love the look and feel of vintage papers and collectibles. We hope to share our passion and knowledge with those who also love ephemera. Whether you are new to the world of ephemera, or a seasoned collector we hope you find something you enjoy.